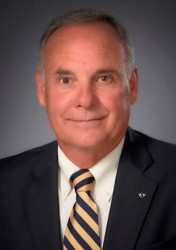 Bill was first elected Sarasota County Property Appraiser in August 2008. He ran his campaigns on the principles of fairness and transparency for all citizens of Sarasota County.

Born in Pittsburgh, PA, Bill graduated from Westminster College in Fulton, Missouri. He married his wife Darla in 1976; and, in 1990 they sold their real estate company on the east coast of Florida and moved to Sarasota. Bill and Darla have two daughters, both graduates of Riverview High School. Their oldest daughter, Jessica, earned her law degree at the University of Florida, Levin College of Law and is General Counsel for the National Republican Congressional Committee in Washington D.C. Emily, their youngest, earned a Master’s Degree at the University of Tennessee and works for Forty Carrots Family Center.

Bill is committed to serving the citizens of Sarasota County with integrity during his terms as property appraiser.

How are we doing?